Sometimes life forces us to make a difficult and far-reaching decision. One such decision is whether to suffer the slings and arrows of coffee abstinence or to take arms against this unimaginable cruelty. Well, I say let’s get creative and figure out how to reduce your total daily caffeine intake without having to resort to any drastic measures.

So, what might the reasons be for wanting to cut down on your daily caffeine intake? Perhaps,

Whatever your reason may be, there are steps you can take to enjoy your coffee while reducing or eliminating the unpleasant side effects. They involve getting creative with two basic variables in the preparation of your coffee: The Coffee Bean and the Method.

Mess with the Bean

Basically, the more ground coffee you use, the higher the caffeine content in your resulting brew. If you normally use a heaped tablespoon of coffee per six liquid ounces of water, try using a bit less and see if you can live with the resulting concoction. 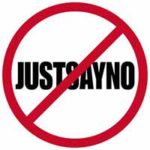 The two species most widely cultivated commercially are Coffea arabica (aka Arabica) and Coffea canephora (aka Robusta). Of the two Arabica is by far the more popular, comprising about 75-80% of world production.

As a general rule of thumb estimate the caffeine content to average about 1% for Arabica beans and 2% for Robusta beans by weight. There are fluctuations within the Arabica and Robusta species, but to help make this general point let’s just stick with the aforementioned figures.

Hence, always go with 100% Arabica coffee and “Just Say No” to any kind of Robusta beans. Not only will this reduce your caffeine intake dramatically, you’ll also be drinking a far superior cup of coffee.

3. Create Your Own Low Caffeine Blend

Here’s a tip: Blend coffees that complement each other for the best possible flavor. So, for example, blend a distinctive, full-bodied regular Arabica coffee, such as Kenya, Yemen Mocha, Sumatra, or Guatemala, with a mild decaffeinated coffee, such as Costa Rican or Columbian.

Assuming that the brewing method stays the same, the finer you grind coffee, the more caffeine it will release. We can use this fact to our advantage by grinding the coffee a bit coarser to reduce the caffeine in our brew. Just make sure that you don’t make the coffee grind too coarse, for you’ll end up with an underextracted brew that might taste like dish water.

Dark roasts have slightly less caffeine than lighter roasts if you measure them by volume (i.e., if you measure using a scoop). The approximate figures work out to be as follows:

This, however, does not hold true if you measure the same coffee by weight. Let me explain.

When coffee beans are roasted two things of interest happen: they lose water content (about 20% give or take) AND they swell in size. Thus we end up with coffee beans that weigh less and yet are larger in size. Now let’s take what we’ve just learned a step further. A dark roast is roasted longer than a light roast, so we can expect a dark roast to weigh less and be a wee bit larger than a light roast.

But how is this going to explain the above mystery? Well, if you measure your coffee with a scoop and it’s a dark roast you’ll end up with fewer beans in the scoop, since they’ve expanded during the roasting process. And because there are fever beans, there will be less caffeine per scoop. Voilà!

If you measure your coffee by weight and it’s a dark roast you’ll have more beans since they weigh less after the roasting process. More beans…more caffeine. Simple!

Instant coffee is made by brewing coffee beans and then removing the water content via freeze-drying. The end result is a concentrated instant powder. To make a coffee you simply add this powder to a glass of hot water and you have something that some say resembles “coffee”.

Remember, make sure to check the label – you want 100% Arabica. Don’t settle for less!

The phrase “low caffeine coffee” refers to coffee with naturally low caffeine content as compared to average coffee. This does not include coffee that has been subjected to one of the methods of decaffeination, such as, for example, the Swiss Water Process.

One such producer is Trung Nguyen, which owns and operates the largest chain of coffee houses and cafés in Vietnam. Their Passiona low caffeine coffee only has about 35% of the caffeine found in regular coffee. This is comparable to some decaf coffees.

Their low caffeine coffees are created by cultivating the Chari bean that naturally grows with very little caffeine in it. ‘Chari’ is the French name for the variety Coffea Iberica or ‘Excelsa’ coffee. This rarely grown coffee is difficult to harvest and process, and hence accounts for only 1% of world coffee production.

Now, by itself these beans don’t really make a nicely balanced cup of coffee. However, if it’s blended with a lower-caffeine variety of Arabica you can add smoothness and richness to the flavor. The Passiona is described as having a rich and nutty, even chocolaty taste with light elements of fruit. Not bad for a low caffeine option.

In the previous section we looked at how you can use various coffee bean related tips and tricks to cut down on your caffeine intake. Now it’s time to look at the second variable — the method you use to make your coffee.

1. Beware of the Brewing Time

Sometimes what we think must be true, isn’t. No matter how much you will it, wish it, plead for it — IT will not come true. One such phenomenon is the belief that a shot of espresso has more caffeine than other coffee beverages.

Way back in 1979 Bunker and McWilliams (Bunker and McWilliams; J. Am. Diet. 74:28-32, 1979) wrote a research paper detailing a study that examined the caffeine content of a variety of caffeinated beverages. What’s interesting here is the fact that they found that espresso actually had the lowest caffeine content at 100 mg per 2 ounces. Next was coffee brewed in the French press with 107.5 mg per 7 ounces. Drip brewed coffee came in last with 145 mg of caffeine per 7 ounce cup.

I am well aware that there are many variables that can really skew these test results. However there is an important point to note:

The longer you brew coffee, the higher the level of caffeine in your beverage of choice.

So, if you want to reduce your caffeine intake drink an espresso or a French press coffee before you consider drinking a drip brewed coffee

Here’s my favorite tip. Order a single shot of espresso (which clocks in at about 50-64 mg caffeine per fluid ounce) and then add 4-5 oz. of hot water to make it an Americano. Add some cream and sugar, serve it in a mug and you’ve got something that could pass for a cup of coffee.

2. Give Cold Brewed Coffee a Chance

Cold brew is made by soaking coffee grinds in water at room temperature overnight. The next day you filter out the coffee concentrate and store it in the fridge for up to 2 weeks.

Cold brewed coffee makes an extremely mild brew. It has about 30% less caffeine than the traditional drip brewed coffee. Furthermore, it’s also very low in acid; in fact it’s 67% less than in hot coffee. There are quite a few people who swear by this method. Give it a try and see what you think.

Let Your Creative Self Take Over

As you’ve seen, there are actually quite a few different ways to cut down on your caffeine intake. Now it’s up to you to be creative with all these individual suggestions. Combine different tips to come up with your own unique and world altering methodology for concocting a low caffeine brew.

I’m sure that there’s a tip or even a favorite combination that I forgot to include? Let’s hear it in the comments.

Are you curious about how caffeine is removed from coffee? In this article I explain 4 methods to decaffeinate coffee and why I believe you should only drink decaffeinated coffee that uses the Swiss Water Process.[...]
Continue Reading

What does James Bond have to do with your propeller grinder? Read this article and find out the pros and cons of using an electric blade grinder for coffee, and 4 easy ways to improve your daily grind.[...]
Continue Reading

In this article I give you 4 good reasons why pre-ground coffee should NOT be part of your daily coffee ritual. And, for good measure, I even outline the benefits of grinding your own coffee for a truly great cup of Java.[...]
Continue Reading

Lorenzo’s quest for the ultimate cup of coffee drives him like a maniac to understand the inner workings of all things related to coffee. This site is the result of those ravings. Enjoy!